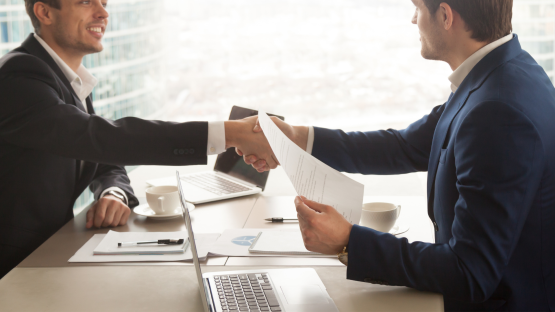 The latest analysis completed by a London Estate Agency has shown that a record number of offers are being accepted in the UK’s property market. Specifically, outside London, last month surpassed the previous record of 160 accepted offers which was made last year during the stamp duty holiday.

After house price growth hit record breaking figures in March, estate agencies are now finding that sellers are more motivated to act during the market’s busiest months to try and achieve an advantage over the expected slowdown of the market later this year.

As a result of the cost of living rising and housing supply starting to pick up, the now double-digit growth that we see in the country is expected to decline to single digits by the end of the year.

New motivations discovered has also resulted in sale times being reduced. The average time from initial instruction, to an offer being accepted has dropped from 57 days in March, to 56.5 days in April.

This is in fact the shortest time since June 2021, when the figure stood at 54.5 days which was during the final month of chaos for the full stamp duty saving.

Charles Probert, office head in Hereford & Worcester, commented: “This is the time to sell and people have recognised the market is hot. It’s also a good time to accept an offer, as more property will continue to come to the market over the next few months.

“We’re still seeing a lot of demand, with lifestyle changers looking to buy in the area, alongside families and those looking to down-size.”

The remaining demand-supply imbalance has kept pressure on prices which looks like it will continue throughout the spring market, despite supply continuing to build gradually.

Comparable data released by another London estate agents suggests house hunters are feeling a new sense of urgency to find a property ahead of interest rate hikes in the future.

In April, cumulative data from the agency’s 32 branches revealed a 39% annual uplift in sales enquires.

As you may be aware, the Bank of England has stated that inflation is most likely to rise by approximately 10%, which has led to expectations of interest rates to increase.

Consequently, there are predictions that buyer registrations will continue to increase also, which creates an even more competitive housing market. The number of new buyers who have already registered this year are already at record levels.

Cory Askew, head of sales at an estate agency in London, said: “This month’s rate rise has had the same immediate effect of the last two rate rises: a surge of new buyers eager to close a deal before rates rise again.

“Our sales enquiries are up year on year but those buyers are chasing 15% fewer property on the market. An imbalance that is pushing prices up in most locations.”

Guy Gittins, chief executive of the same agency, added that, in addition to a more competitive market, house hunters need to be prepared for their property transaction to take longer than expected.

Gittins added: “Although the market is no longer seeing last year’s level of delays, solicitors and valuation surveyors are still facing an immense backlog of sales which can result in a prolonged wait for a deal to be finalise.”