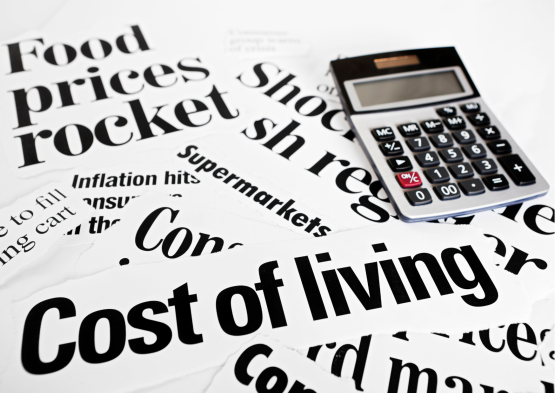 During the first half of 2022, there has been a significant fall in the number of people moving home which is a result of the cost-of-living crisis.

Figures released by Halifax has revealed that 172, 510 people during the first six months of 2022. Comparing to the same time period last year, this is a decline of 35% as the figure was previously 266,720.

Those moving house make up 47% of all house purchasers, which is also a decrease from the previous percentage recorded in 2021 (56%)

The UK has seen the cost-of-living shoot up sharply, alongside council tax, mobile, broadband, council tax and water bills because of soaring inflation.

Mortgage rates and rent costs have also seen as increase.

The cost-of-living crisis is not the only reason behind people choosing to move home recently. Since the end of the stamp duty holiday, the number of people moving has further dropped by a third.

“While numbers have dropped this year compared to the record highs of 2021, home moves are still above pre-pandemic levels overall,” a spokesperson for Halifax said.

Greater London saw the biggest decrease of people moving home. Home movers moving into or around the capital dropped by 45% compared to 2021.

Only 13,765 moved to Greater London during this period. The South east saw a similar drop which stands at 43%.

It was in fact Scotland who saw the lowest fall in movers (13%) within the UK. More than 15,000 people made a home move in Scotland, higher than Greater London.

Furthermore, according the Halifax, the average house price paid by home movers is now £403,163, up 5% from last year, and up 42% over the last five years.

As mentioned in a previous article, home buyers now need a 33% deposit on average, meaning Britons purchasing property now have to put £134,108 towards their move. In 2017, this figure only stood at £98,219.

Home Director at Halifax, Andrew Asaam, commented: “The number of home movers so far this year is lower than the record high set last year: this was not unexpected, and the housing market has remained buoyant in 2022 so far.

“The number of people moving home in the in the first six months of the year was above pre-pandemic levels and is, other than 2021, the busiest start to the year for home moves since 2008.

“Last year was a year like no other — the stamp duty holiday drove an incredible amount of demand, leading to an 133% increase in movers on 2020.

“So, it was always likely we were going to see a fall compared to that record high, but when we look at numbers overall — movers are very much still moving.”

Tom Bill, who is head of UK residential research at a prominent London estate agency said: “A combination of frustrated demand due to low supply and a sense of urgency to act before mortgage rates rise further is driving activity higher in the UK housing market.

“The shelves are not emptying as quickly as they were during the stamp duty holiday and supply is normalising, which means the current pipeline of sales in many areas is bigger than it was while the tax break was in place.

“As mortgage rates rise and supply continues to rebuild, downwards pressure will increase on prices later this year, a trend that would be magnified in the unlikely event of a general election.”