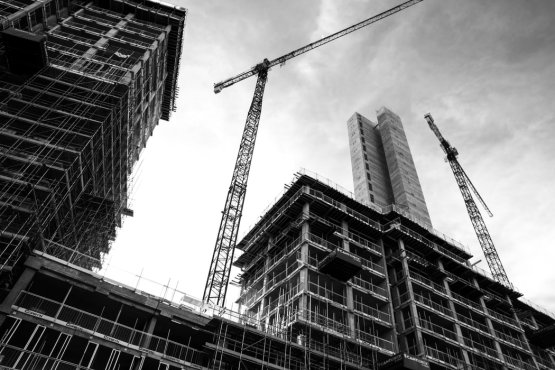 The housing secretary announced this week that EWS1 forms will no longer be needed on buildings below 18m.

The EWS1 form, otherwise known as the External Wall Fire Review, is a record that is used to know what assessments have been carried out on the external wall construction of residential apartment buildings. This form has been endorsed by the Royal Institution of Chartered Surveyors (RICS), UK Finance and the Building Societies Association. It is designed to provide a clear ‘safe’ or ‘unsafe’ certificate which can be used in the broader landscape of fire safety.

The Ministry of Housing, Communities and Local Government (MHCLG) have given guidance that the form should be used universally for any multi-storey or multi-occupancy irrespective of height. On the other hand, there is confusion over which buildings the form should apply to and whether that should only be to building over 18 meters in height or all multi-occupancy blocks

Robert Jenrick has said that since the Grenfell fire disaster, the government has appointed fire and rescue services to survey all buildings over 18m to assess their safety.

Leaseholders that are ‘trapped’ in flats due to the cladding crisis could soon be able to remortgage or sell their properties after a government intervention announced today.

Jenrick said: "Earlier this year I asked a small group of experts on fire safety to consider the evidence and advise me on steps that should be taken to ensure that a more risk-proportion are approach is taken to fire safety in blocks of flats. An approach through which genuine like safety risks are tackled swiftly, and where all blocks of flats meet statutory requirements on fire safety, but where excessive caution and unnecessary costs are avoided"

From this advice, the government decided that the EWS1 forms should not be a requirement on buildings below 18 meters.

Jenrick has also state that there should be a clear route for residents/leaseholders to challenge costly remediation work and seek assurance that proposals are proportionate and cost effective.

He added: "The announcement is a significant step forward for leaseholders in medium and lower-rise buildings who have faced difficulty in selling, anxiety at the potential cost of remediation and concern at the safety on their homes.
"Whilst we are strengthening the overall regulatory system, leaseholders cannot remain stuck in homes they cannot sell because of excessive industry caution, nor should they feel that they are living in homes that are unsafe, when the evidence demonstrates otherwise.
"We hope that this intervention will help restore balance to the market and provide reassurance for existing and aspiring homeowners alike. The Government has made its position very clear and I urge the rest of the market to show leadership and endorse this evidence-based safety approach."

Propertymark has welcome the move with open arms.

The police and campaigns manager at Propertymark, Timothy Douglas, commented: "Building and fire safety are going through significant changes and the proposals are complex.