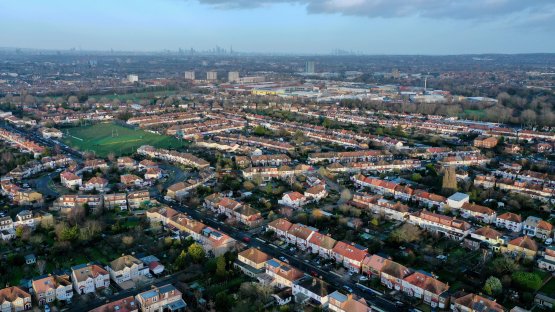 During the last month, there has been a significant increase in the number of new properties that are coming to the market. This rise in stock has resulted in a growth of sales being agreed, according to the latest data from Propertymark.

The property market is reported as remaining as a seller’s market despite the uptick of housing supply. It appears that many buyers are still prepared to pay the asking price and above to secure their dream home.

Propertymark’s research has revealed that the average number of new potential buyers registering at each branch was 84 in March, which was an increase from February where the figure stood at 67. March’s figure is returning closer to January’s which was 100.

The average number of new instructions coming to the market is at an average of ten per member branch which shows the increase in supply since the new year.

Month-on-month, we are seeing an increase in terms of the number of offers that are being accepted either at or over the asking price. The report shows that the percentage has increased to 84% which is the highest figure since the Propertymark surveys began.

Nathan Emerson, CEO of Propertymark, said: “Our March figures show a range of new activity as the spring market makes itself known. The number of new properties coming on to the market has increased slightly and new stock breeds new buyers and new sales.”

“The number of sales being agreed in March is slightly above our recorded long-term average and the uplift in properties coming to market is a trend we would hope to see continue into April and May.”

Propertymark’s data is not the only data which has revealed a rise in housing supply.

The latest RICS Residential Market Survey reported that +8% of respondents reported a rise in the volume of fresh listings that are coming to the open market. Not only this, but branches have seen an increase in buyer enquiries with +9% of respondents reporting this. According to RICS, this is the first time since the pandemic where supply and demand appears to be closely in line.

Despite both Propertymark and RICS reporting that there has been an increase in housing supply, the average number of properties available remains close to historic lows.

The moderate rise seen in both reports has led to expectations of the next three months. Sales are expected to remain positive, according to RICS, with +16% of respondents expecting a rise. As for the next 12 months, +2% are expecting an increase.

RICS chief economist, Simon Rubinsohn, commented: “Despite mounting concerns about both the macro environment and the war in Ukraine, for now the feedback to the RICS survey shows the housing market remains resilient. Rising interest rates have begun to push up the cost of mortgage finance but debt servicing remains low in a historic context which helps to explain why the new buyer enquiries indicator remains in positive territory.

“Meanwhile, it is encouraging that a little more stock appears to be returning to the market. This is still early days in that inventory remains not far off historic lows but if the trend continues, it could help to create a better balance between supply and demand. That said, there is little evidence of this outcome materialising in the twelve-month metrics which continue to point to further increases in prices and a flatter pattern in transactions.”